Dad update: From my mom’s messages, it appears that he had a 2nd surgery today to further clean and irrigate the infection site. If all goes well, he may discharge from the hospital tomorrow. Thanks everyone for all your kind words and keeping him in your prayers. Since it appears he’s doing better, I’ve decided to continue my trip for now. So here goes…

Yesterday was our last day in Barcelona. We had great plans to view the Gaudi houses, La Padrera and Casa Batilo, but, well, as they say, the best laid plans…

Someone, unbeknownst to us, decided to throw a wrench into our plans. So, instead of spending our day appreciating Gaudi, we spent the day appreciating the Barcelona police. 😦 Pat wants to tell the whole story personally, so you will all have to ask her when she returns. And with that, I will leave you all to wonder and move on…

We did catch a few more quick sights on Barcelona, though, mainly from the top of a double-decker bus… 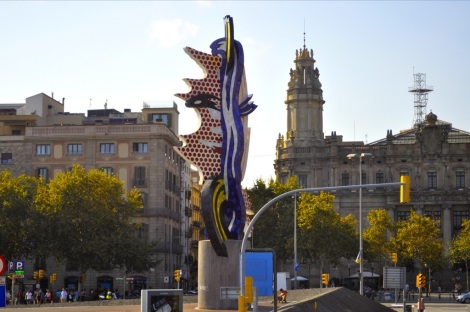 Roy Litchenstein sculpture, out of place against the traditional Barcelona buildings 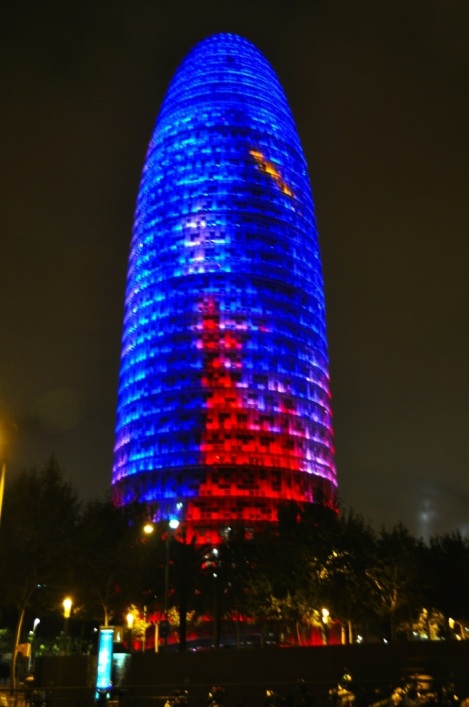 Torre Agbar, lit up at night

I must say though, that we had an incredible last meal in Barcelona at a fish restaurant in a little plaza near our hotel. I had codfish, Pat had sea bass, and we split an amazing foie gras appetizer (yes, I’ve been getting foie gras everywhere I go now…).

Then, this morning, we woke up relatively early to catch a flight to Lisbon (or Lisboa in Portuguese). Of note, our cabbie in Barcelona had hilarious disco music playing the whole ride to the airport. Oh, also to note, the Barcelona airport is absolutely gorgeous! The Lisbon airport, well, not so much. But it served its purpose. We arrived at a very cute B&B called TheHouse, where a nice young guy named Pedro (only working for a week, just moved from Strasbourg where his dad works for the EU), checked us in and gave us some good recommendations including a nice little whole-in-the-wall place for lunch. We both wanted to try the Portuguese specialty bacalhau and had it done 2 different ways – fried and grilled. It was delicious!

After that, it was time to work off our food. We boarded the famous Lisbon tram, which apparently predates WWI and feels like it hasn’t been upgraded since. Think of a really bad amusement park ride. Then again, it’s possible that my negative feelings of this mode of transportation stem from being packed on a crowded car, jostled around, and having witnessed the pickpocketing of an elderly French couple. Oh, and all this for 2.85 euro per person, one-way, no transfers. Pfft… At least I can check it off my list of Lisbon things to do.

After getting off the tram, we wandered the streets of Alfama and Graca. I will say that I normally have a great sense of direction, but this city is something else! And maps barely help. The roads wind around, there are 3-4 streets with the same name and not always listed. Oh, and the streets are like San Francisco – lots and lots of hills. Thankfully the streets are interesting (as long as you can watch out for the dog poop) and the views are breathtaking, so we didn’t mind getting “lost” for a little bit.

“Have a good trip. Lisbon awaits you.” With graffiti… 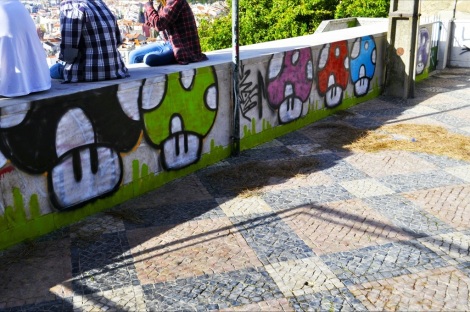 An ode to Super Mario Bros

No, that’s not the Golden Gate Bridge, though I did have to do a double-take when I first saw it! 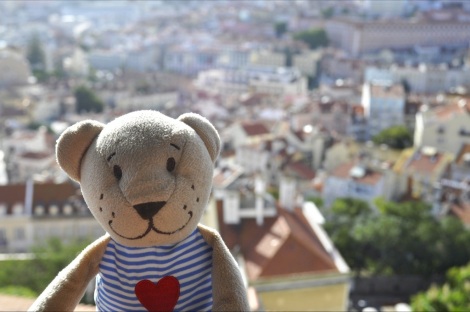 Graca Church (to the right), one of the amazing views while we were meandering the streets 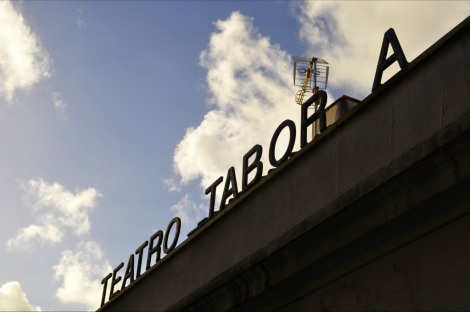 We then meandered to the Castelo de Sao Jorge. These are the ruins of a hilltop fortress that was built by the Moors in the 11th century and later captured by Lisbon’s first king. The ruins of this castle, combined with the beautiful overview of the rooftops of Lisbon, made for some fun exploring and picture-taking…

Canon from the Castelo pointing over Lisbon 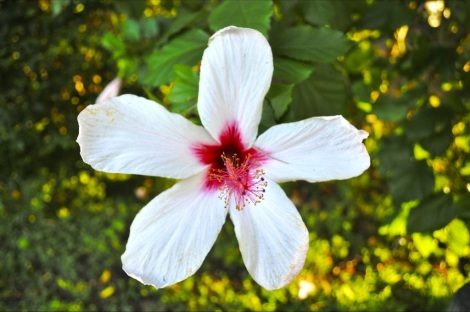 Beautiful flower amidst the ruins

Pat looks down over the entrance gate 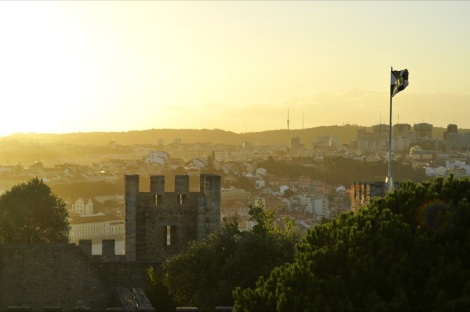 The sun begins to set on the Castelo 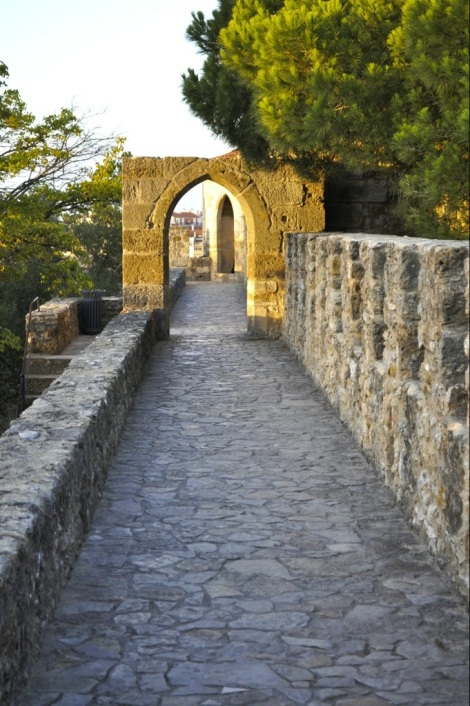 Walkways along the top of the inner wall 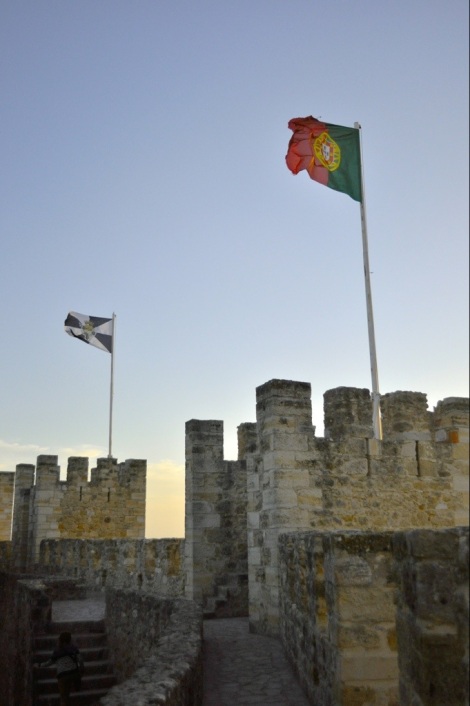 Peacock nibbles outside the castelo walls

The sun sets over Lisbon