Now that I’m in the cold, rainy, foggy weather of London, the sunny skies of Malaga seem like such a distance memory. Sigh…

But let me backtrack. I arrived on Wednesday evening and did a little bit a exploring and shopping. Now that I’m towards the end of my trip, I feel like I’m able to indulge a little bit more. All within reason, of course. That night, I met 2 of my roommates at the hostel, Sophie from Germany and Dana from Canada (though now living in London). Sophie was going to do a free walking tour of Malaga the next day, and so I decided to join her. I’m happy that I did because the tour (led by an ex-pat New Yorker named Brian) was very interesting. He not only took us on a tour of the major sights of Malaga, but he also explained the history of Malaga and even of Spain in general. I’m not a history buff, nor am I ever likely going to open a book on the history of Spain, so it was nice to hear about it along with some visual references. I had noticed the day before that Malaga didn’t seem to have many old buildings like Seville or Granada did. As our tour guide explained, this was because Franco had it out for Malaga (since they supported the other side) and bombed the city during the Spanish Civil War in the early-20th century. Hence, most of the buildings are newer. Except for the Alcazaba.

Malaga’s claim to fame is that it’s the birthplace of 2 very famous people. One of them is this guy…

Pablo Picasso. Apparently he grew up in the apartment in the top right hand corner of the photo.

The 2nd famous person to be born here is Antonio Banderas. No bronze statue of him, though. Yet.

Here’s some other highlights of the walking tour: 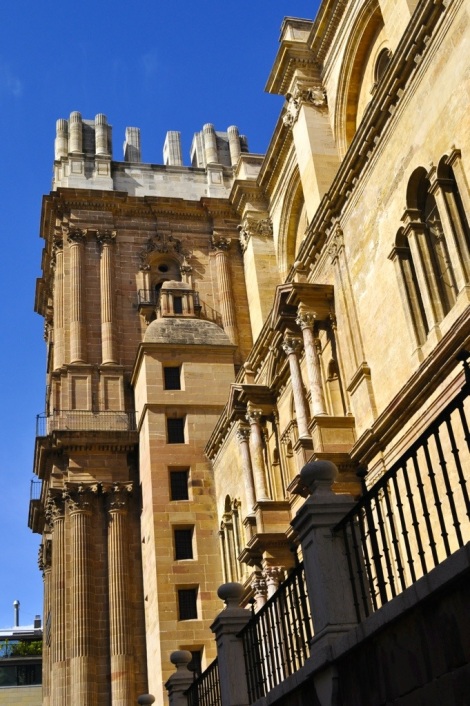 And… it’s another cathedral. There’s a good reason why it looks unfinished. They started building this tower but then ran out of money (due to the Spanish-American war). The Cathedral therefore got nicknamed “The One-Armed Lady”. Now Malagenos don’t want to finish the tower because they want it to continue to live up to its nickname.

Nice market with fresh fish, seafood, vegetables, fruits, breads, and some amazing olives. I would have taken photos of the olives but I was too busy eating them! 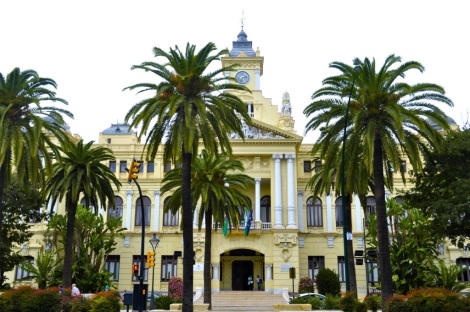 After the tour, I decided to take a walk to the beach. After Brazil’s beaches, I think I’ve become a bit of a “beach snob” (in my friend Ro’s terminology). Nevertheless, the weather was nice and sunny so, even if the sand wasn’t that great, it was still nice to be there.

Walking down Paseo del Parque on the way to the beach 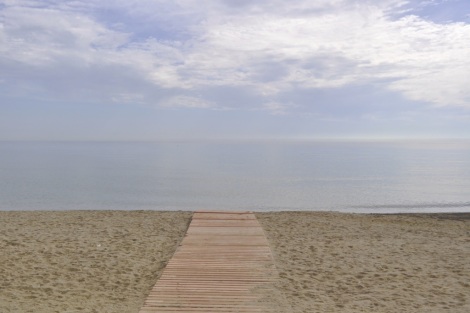 After getting my fill of Vitamin D at the beach, I met up with Sophie again to explore Malaga’s Alcazaba. If that sounds familiar, that’s because I just visited an Alcazaba, at The Alhambra in Granada. Apparently Malaga has an Alcazaba, too, another fortress/palace built by the Moors about one thousand years ago. Honestly, after seeing The Alhambra in Granada and The Alcazar in Seville, it was hard to be too impressed by the Alcazaba here. But its views of the city were nice. 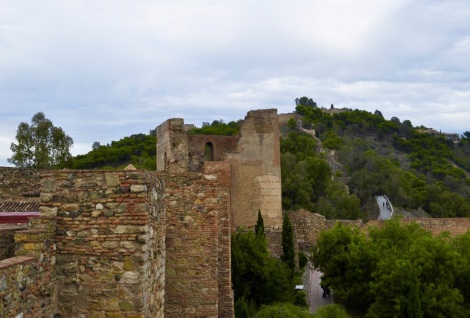 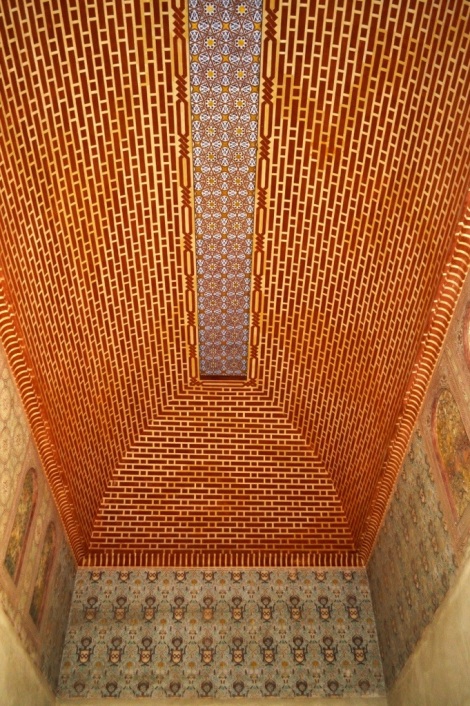 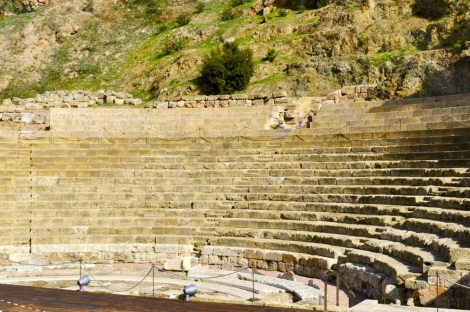 This is the Teatro Romano (or Roman Theater) located at the base of the Alcazaba. Before the Moors took over Malaga, the Romans made it here. Excavation of these Roman ruins are still underway. Wow, the Romans were everywhere!

After another long day of walking and hiking, I had my last dinner in Spain. Though it actually ended up being a memorable one since we did tapas at 2 different restaurants. With foie gras! I will definitely miss the cheap, delicious food of Spain…

Seared foie with egg over potatoes 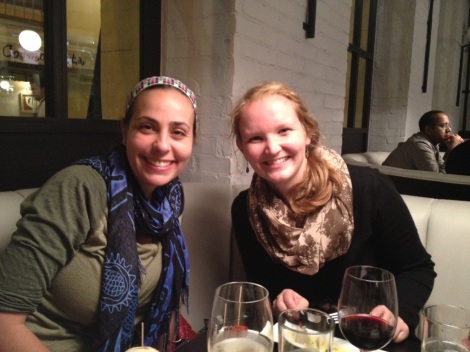 I did not try this, but apparently you can get hamburgers and pizza from a vending machine!

Oh, and here’s a bonus photo:

Toast with avocado, serrano ham and fresh cheese, cafe con leche and fresh squeezed OJ. All for about $5 US! I am SO going to miss eating in Spain…

One response to “Last Stop in Spain: Malaga!”