It was our 2nd day in Paris and we still hadn’t had a French meal yet.  As much as a café beckoned, I had another idea for a Parisian lunch.  My friend Fanny in Florida had e-mailed a Thrillist article that listed the 10 top burger joints in Paris.  Apparently, the gourmet burger has become the new hot thing on the Paris culinary scene and I just had to try one out.  Besides, there were sweet potato fries (!!!!)….  So I took my parents on another march through the Paris streets to find a trendy, tiny burger spot called Blend.  Yes, it was a hamburger place, but they baked the bun on premises and the beef was from local French cows.  The verdict?  The portions were smaller than we’d get at a gourmet burger place back in SF, but the burger was nicely seasoned and the sweet potato fries were perfectly crispy.

A French gourmet hamburger and sweet potato fries at Blend

After our burger adventure, we headed to the Louvre.  I’ve been to the Louvre before, though it was over 15 years ago.  And honestly, I’m more into the art of the Musée d’Orsay.  But this was different from the last time in that we had a self-guided tour on how the artifacts in the Louvre correlate to Biblical accounts.  Scriptures in the Bible began to come to life as we examined the various statues, sculptures, and paintings.  Here is just a glimpse of what we saw… 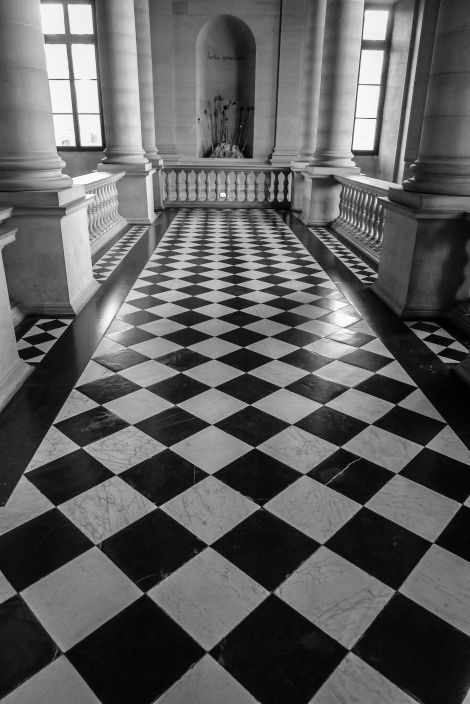 The Halls of the Louvre 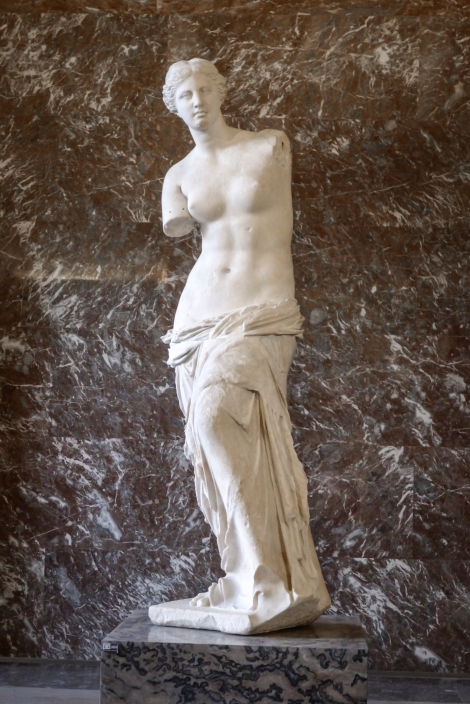 Assyrian walls depicting the cedars of Lebanon being transported by sea (1 Kings 5:8,9)

Goblet in Electrum (Ez 8:2). I’ve always wanted to know what electrum looks like…

The Moabite Stone: This is the oldest non-Biblical text so far discovered containing the tetragrammaton.

The tetragrammaton in Hebrew-Phoenician characters

The Egyptians engaged in calf worship, believing it to be an incarnation of Osiris. This obviously affected the Israelites.

The tour was fascinating, but tiring.  By the time we were done, it was time for dinner.  We really did try to find a French place to eat, but inexplicably, once we found the restaurant, it was closed for the day.  By this time we were hungry and tired of walking.  We passed by a Korean restaurant that had Asian people eating there (always a good sign) and I suddenly had a craving for Bi Bim Bap.  So we had a Korean dinner…

As we leave the restaurant, once again the lights of Paris await us… 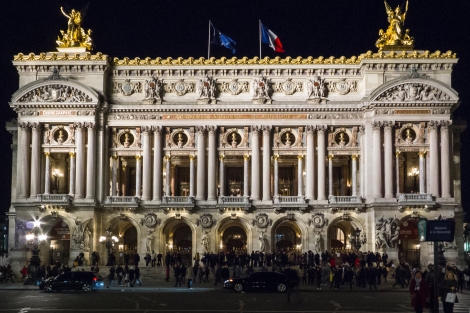