Here in France, there are so many castles (or châteaux) that you can almost throw a rock and hit one.  One sits right overlooking my apartment, and there are at least 2-3 others about a 15-20 minute drive away.  However, I had never explored an English castle.  So when I visited my friend in England and she mentioned visiting Hever Castle, I was all in.

Another reason why I was very interested in visiting this castle is its history.  After reading two historical fiction novels “The Other Boleyn Girl” and “The Boleyn Inheritance”, I was fascinated by King Henry VIII and his 6 wives.  (By the way, did you know that one way of remembering what happened to them is by this rhyme:  “Divorced-Beheaded-Died, Divorced-Beheaded-Survived”?  It’s pretty morbid, but then again, I guess most of this history is.)  Hever Castle was the home of the Boleyn family, where Anne Boleyn, the second wife of King Henry came from.  It was interesting to walk where the Boleyn family once did and to see the rooms that King Henry visited while visiting the family and courting Anne Boleyn.

Although the weather during the rest of our visit to England was beautiful, unfortunately it was cold and rainy on the one day that we decided the visit the castle (typical, right?).  The gardens spread over 125 acres, but sadly it was too cold and wet to explore them all.   Thankfully we were able to walk around a few of the gardens a little bit before the rain really started pouring down. 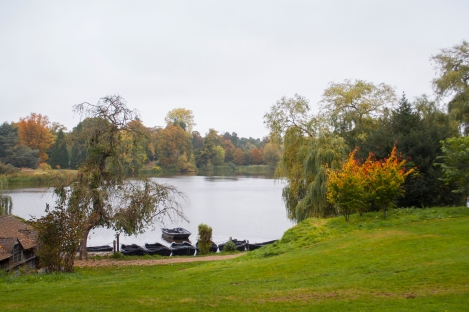 Our beautiful first look at the Hever Castle grounds 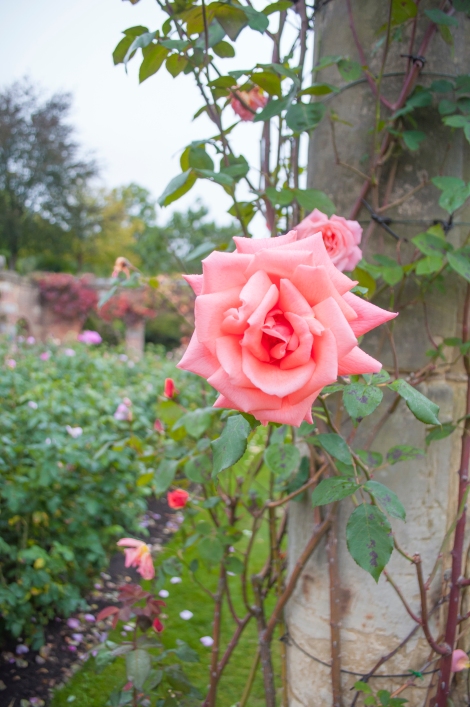 Although it was moving into autumn, the roses were still blooming in the Rose Garden 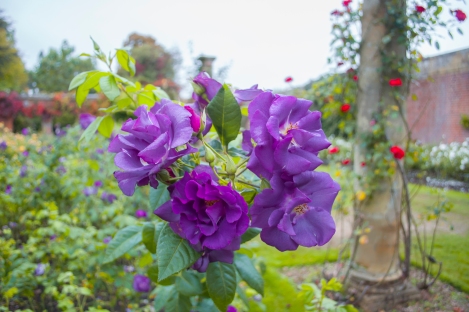 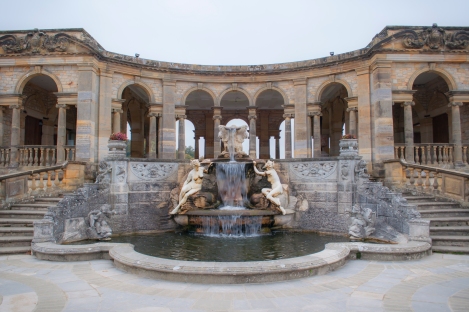 The Loggia of the Italian Garden 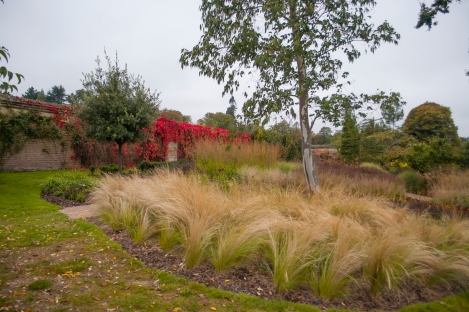 Diana’s Walk with a little pop of fall color 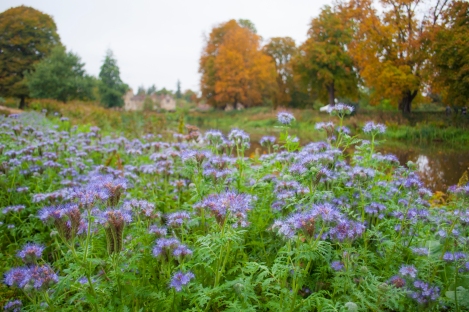 Beautiful wildflowers with Hever Castle in the distance 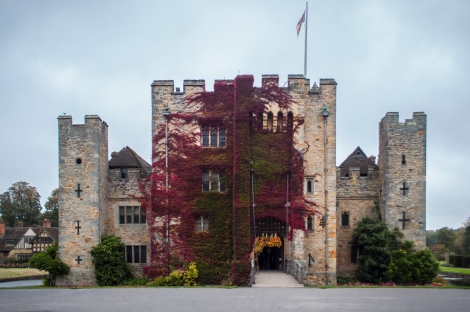 Hever Castle, which looks a lot smaller when up close 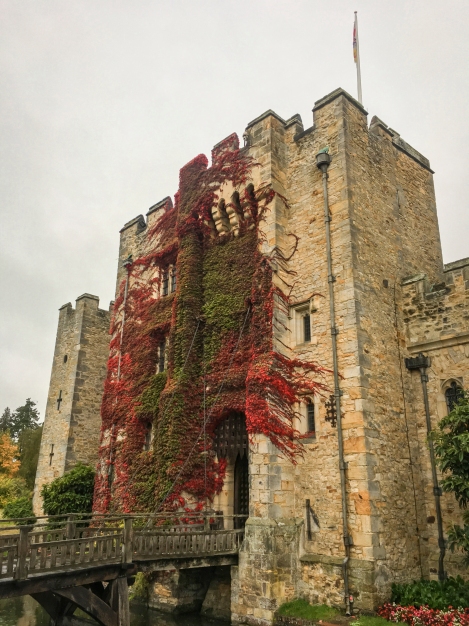 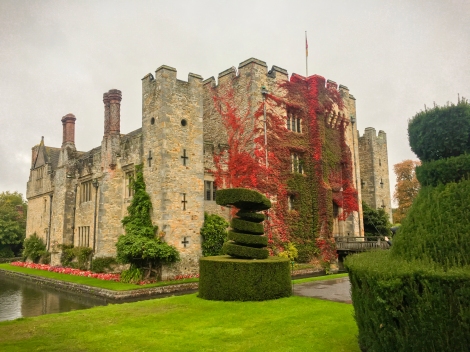 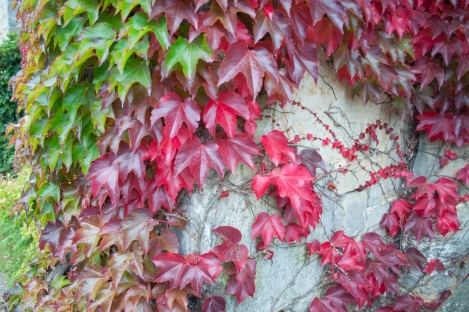 The fall leaves on Hever Castle 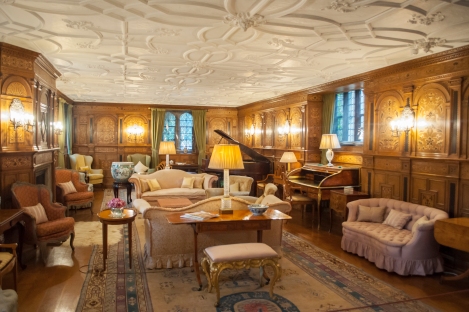 The style of the Hever Castle drawing room is NOT from the Boleyn’s time.  The castle was bought in the early 20th century by William Waldorf Astor who renovated this drawing room. 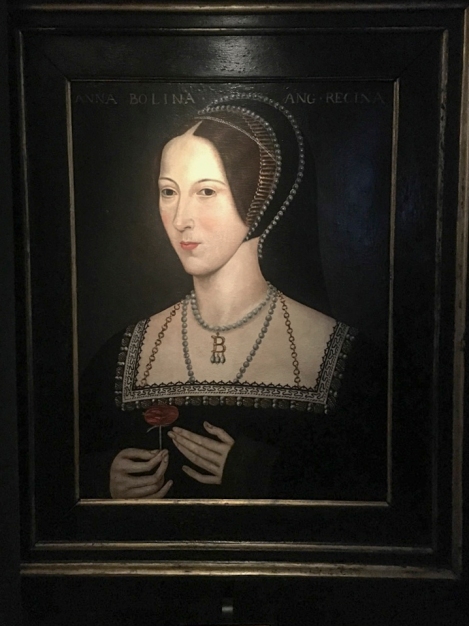 A painting of Anne Boleyn, the second wife of Henry VIII.  Although only queen for 1000 days, her insistence on becoming the King’s wife instead of his mistress led the King Henry breaking with the Catholic church and establishing the Church of England. 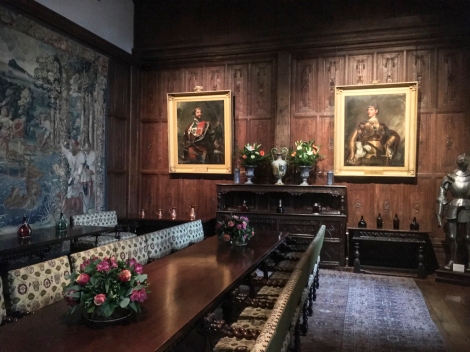 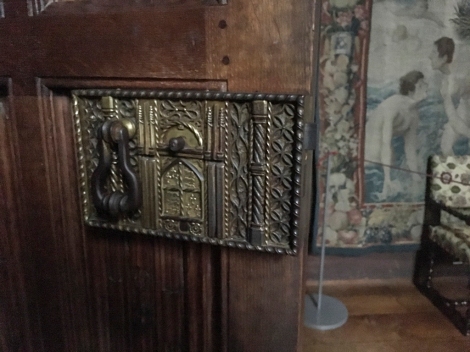 An intricate lock.  For security reasons, Henry VIII used to travel with his personal locksmith who would place his own locks on the places he would visit. 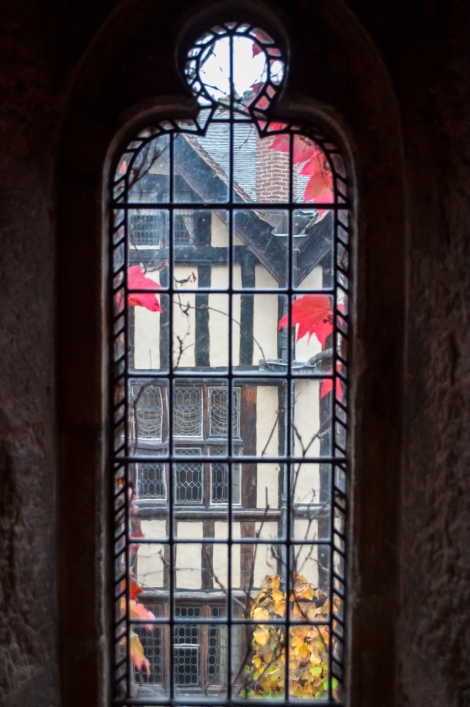 One good thing about the rain is that it forced us indoors for a scone and some tea.  And I had one of the best scones I’ve ever had at the Moat Restaurant.  I would almost make a trip back to Hever Castle just for another one of those scones. 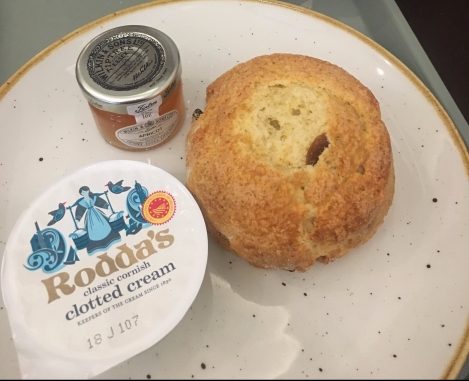 It was worth fighting the rain just to take a couple of steps back into the history of Henry the VIII and the Boleyn family.  It was like watching the pages of the books I had read come to life.

2 responses to “A European Detour to … Hever Castle”