What a fun, crazy, amazing, tiring, but spiritually upbuilding weekend. For the last 3 days we attended the District Convention in Rio. Everyday, we woke up at 5:45 (actually, I did – most people woke up even earlier) to be on the 6:45 bus. On Friday, the ride took 2 hours(!!) due to traffic, but otherwise the ride was about 1-1.5 hours to/from the assembly site. Once we arrived at the assembly hall, though, the pain of waking up was forgotten. Brothers and sisters warmly greeted us, waving and giving warm hugs.

The assembly hall itself is really interesting – it’s an open air auditorium with a roof, but no walls! I haven’t been to an assembly hall like that before, but according to Ro, it’s common in Latin America/Caribbean countries. The really cool thing about that is that you could see palm trees and the beautiful green hills of Brazil in the background while listening to the program. The Brazilian brothers were loving and provided simultaneous translation of the program, so we were pretty much able to understand what was going on. The highlight though was the talks each day by Bro. Shafer (assistant to the GB’s teaching committee) and Bro. Splane. Their talks were so loving and poignant.

Here’s some stats:
– There were over 6000 in attendance, though by Sunday afternoon, this had risen to 7000
– However, there were 24 assembly halls and 1 rented facility in Brazil tuned in for Bro. Shafer and Bro. Splane’s talks, with a total of over 86,000 people tied in
– 59 were baptized on Sunday
– There were over 1400 delegates present, from the USA (of course), Bolivia, Uruguay, Paraguay, and Portugal 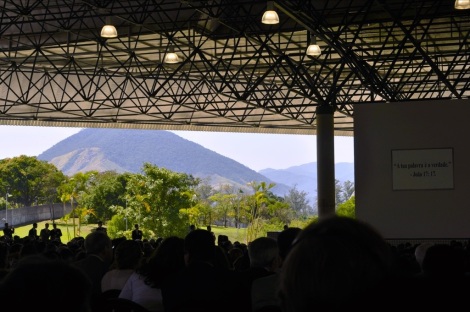 The beautiful Brazilian landscape in the background

There’s a baptism pool in the middle of that crowd, somewhere…

The highlight, however, was meeting the various brothers and sisters, all from the Rio area. They were so sweet. We were able to communicate with my limited Portuguese, their limited English, and lots of hugs, kisses and smiles. Such a special experience!

With our bus captain for 2 of the days, Samara. Somehow she had the ability to look fabulous, yet organize us, walking up the aisles of a moving bus in platform heels. Ah, if only I could learn those skills…

I entitle this “Ro’s kids”… 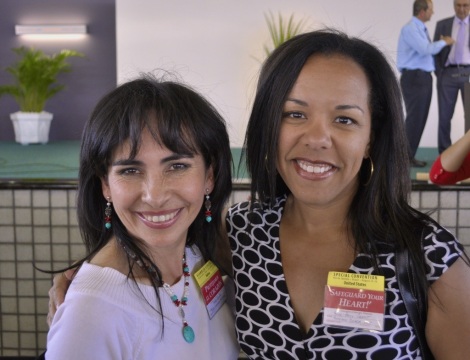 With Seidy, a really sweet sister from Bolivia 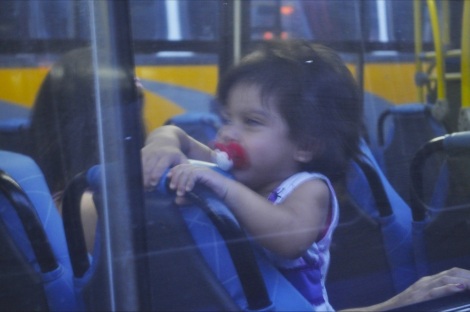 Cute young sister on the bus next to us 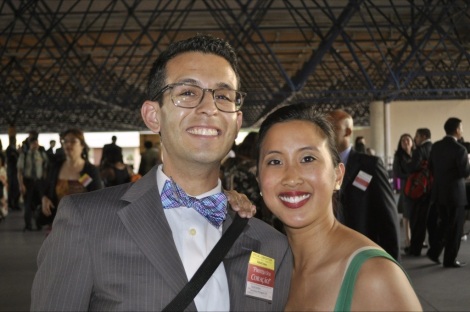 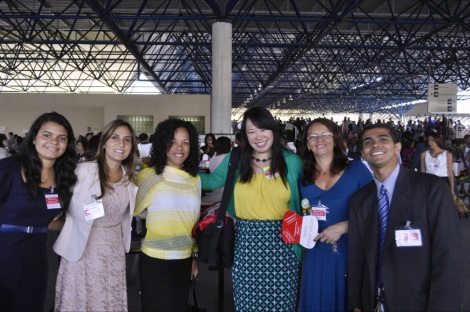 Last day at the convention 😦 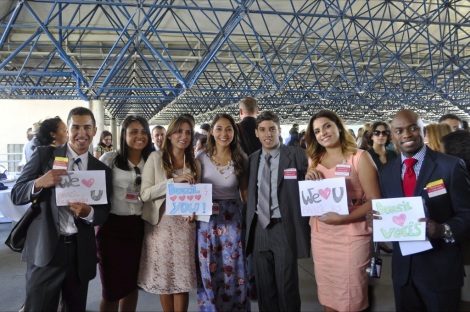 Somehow Ro and I get in the mix, too!

Then, after the last day of the convention yesterday, Ro and I got invited to the special gathering for some of the delegates, which just happened to be held at a churrascaria. On the way there, our huge fancy bus decided to drive through a favela which was really interesting. (No photos, unfortunately, I didn’t want our bus to be held up and robbed). This led me to wonder where exactly this churrascaria would be. Fortunately, however, we exited the favela and into a nicer part of Rio. Once we got there, lots of food and lots of brothers awaited. It was nice to spend some more time with them. Also included was some great Brazilian music performed by local brothers, as well as encouraging experiences from Brazil and other countries. We arrived back at our hotel at midnight, thoroughly exhausted but spiritually upbuilt. What a weekend! 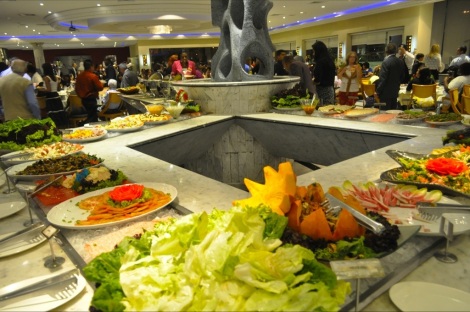 Just a little bit of the delicious food provided 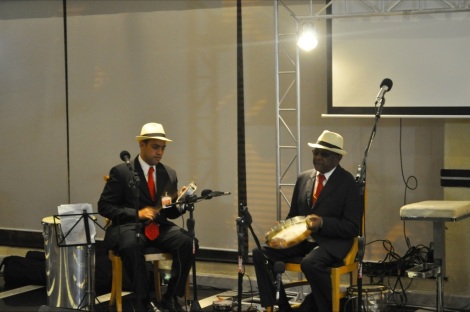