At long last, we’ve made it to Rio! The ride wasn’t easy, though. We left Ilha Grande via a schooner, though surprisingly this time, the schooner sailed through relatively calm waters. We then landed at the docks of Jacarei, after which we had booked a “Speedy Connection”, which would take us directly from the docks to our hotel in Rio. We soon learned why it was called Speedy Connection – our driver was quite the speed demon! He packed 16 of us into a van without seat belts and without air conditioning along with loads of luggage blocking every empty space (and exits) in that van. Then, he proceeds to drive like a maniac, tail-gating, weaving, alternating between speeding and braking. It wasn’t bad as the driving in China, but it wasn’t that great either. Somehow, some way, we made it to our hotel in one piece.

Our hotel is located in Leme, a neighborhood just north of the famous Copacabana (yes, Barry Manilow is playing in my head – and now your’s too, right?). We haven’t had a chance to really explore the beaches yet, but hopefully we’ll get a chance later in our stay. 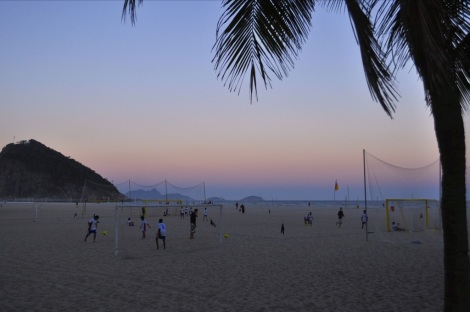 Today, started with a buffet breakfast, a few errands, and then we headed to Corcovado, the famous mountain in Tijuca National Park upon which the big “Jesus” statue sits, or “Christ the Redeemer”, as they call it. We took a red tram car up to the top, upon which guys played Samba to get us all in the mood. At the top, not only did we see the big “Jesus” statue, which, by the way, is REALLY big, but we also got a gorgeous views of Rio. It looks beautiful from above! 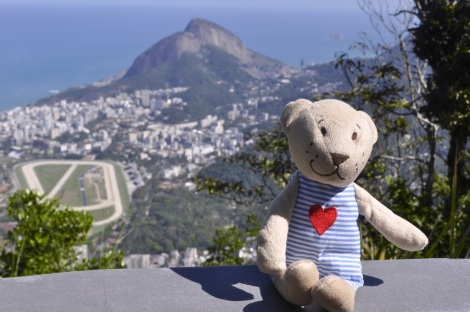 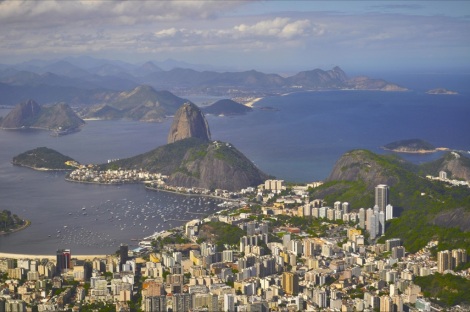 Looking over Rio, with Pão de Azucar (aka Sugarloaf Mountain) 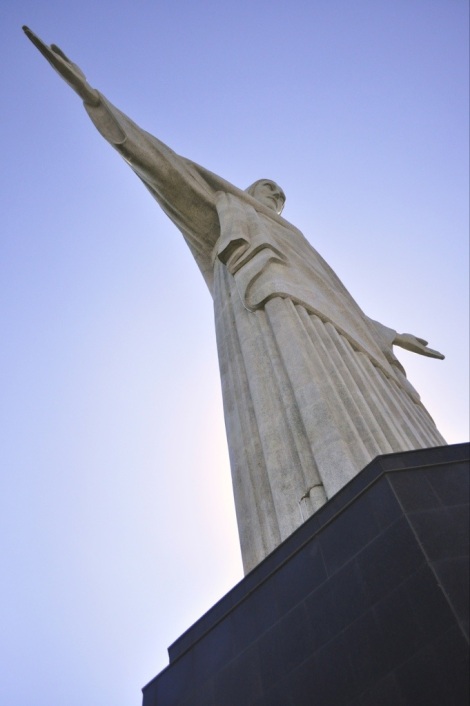 Up there, on the top of Corcovado, swarms of people posed in front of the statue, taking silly photos with outstretched arms in front of the statue. I started taking some photos, when I noticed a swarming bug around me. Since I was kinda getting used to bugs, from my experience in Brazil especially Ilha Grande, I completely ignored it. I went to take another photo when OUCH!!!!!!, that stupid bug bit/stung my middle finger! I say “bit/stung” because it hurt A LOT more than a bug bite, but at the same time, there was no stinger present. All I know is that my middle finger swelled up and started throbbing. Leave it to me – I survive the island jungles unscathed, yet I get stung/bit around a concrete statue. Grrrrr….. The only thing I could think to do at the top of the mountain was order a cup of ice and stick my finger right in. In the meantime, my mind started running through worst-case scenarios – that bug being poisonous, my finger turning black and necrotic, my finger falling off, getting blood poisoning and dying. Thankfully, none of this has happened so far. We went to a Farmacia and I got to use my broken Portuguese and hand gestures to explain to the dead-panned/no-emotion druggist what happened. I somehow got my point across and now have a topical balm that has lessened the pain and stop the throbbing. Stupid bug…

After that, my dad wanted to walk through the Tijuca National Park, but I was done with nature for the day! So I did what any American would do – I went to the mall and got Starbucks. 🙂 However, this wasn’t just any mall, this was Rio Sul, a mall of massive proportions. Yes, I DID get some Starbucks, but I also did some damage at 2 of my new favorite Brazilian stores: Sobral for beautiful acrylic jewelry, and Havaianas for even more flip flops. That helped to alleviate my pain, though not my wallet… 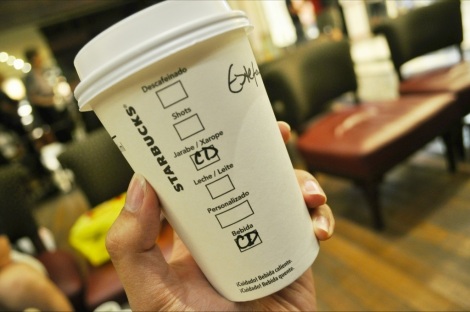 The Starbucks cup, in Portuguese 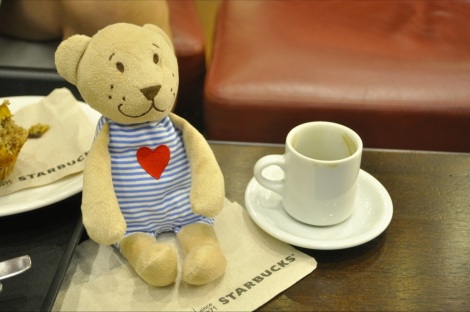 Boo gets some Starbucks time, too 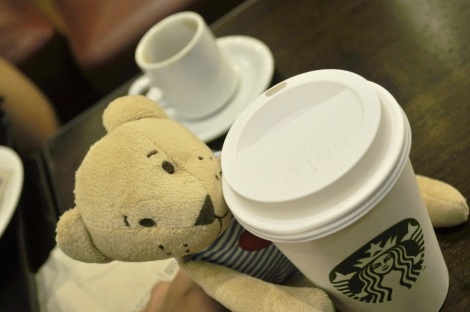 What a Starbucks addict!

The Château de Montrésor, overlooking the village, with the church in the background. This village is classified as one of the 159 “Most Beautiful Villages of France”.
Traveling in the middle of winter and in the middle of a pandemic is not ideal, but there is one benefit - seeing beautiful villages like these with not-a-person in sight. Read more about how we managed to do a socially-distant road trip last month (pre-lockdown) on my latest blog post (link in bio)...
Looking at these first little signs of spring in the woods…
I’ve been hearing rumors of another lockdown coming, so we’re enjoying the great outdoors while we can...
Life in France is not always a garden of roses (though they can be beautiful). My latest hurdle to establishing French residency was taking an official French test (le test d’evaluation de français or TEF for short). Given that I haven’t taken a French class in over 20 years, this turned out to be an interesting experience. Find out all about it on my latest blog post (link in bio)…
The weatherman was finally right! We got snow today! ❄️
The Jardin des Tuileries peacefully blanketed under a layer of snow 3 years ago. With snow in the weather forecast tomorrow, will this happen again? Stay tuned... ❄️
2020 as a whole has been pretty terrible, but I’m grateful for the little things, such as being able to explore this little corner of Portugal earlier this year, pre-COVID. Thank you @jwabroad and @kaniciacognard for being such great tour guides and taking to some of your favorite areas in the Algarve - it’s easy to see why they were your faves!
I can’t believe that this has been my first post in months. Maybe because I’m usually inspired by travel, and that has been pretty non-existent in 2020 (the exception being this wonderful trip to Seville in January pre-COVID). But there have been little things to be thankful for - specifically being able to return to France after being stuck in the US for 3 months with 4 flights cancelled. Now that we’re back, I’m cautiously planning a trip for the first time in over 6 months. Still unsure on the destination, but it’s definitely going to within driving distance and somewhere where we can spend the majority of our time outdoors and socially distant. And as modest as this is, it’s is giving me the energy to get going again...