This officially marks the end of one month of travel and whew, what a month it has been!

We’ve also had a busy couple of days in London. Yesterday, we met up with Martial again and walked quite a bit again, though none of it matched the “death march” of the day prior. We wandered through Chinatown, attended the Mandarin congregation, and met a bunch of friends at a gathering at a penthouse Bethel room overlooking North London. We had a really great time and I surprisingly comprehended more Mandarin than I thought I would. However, it was mixed with a bit of leftover Brazilian Portuguese… 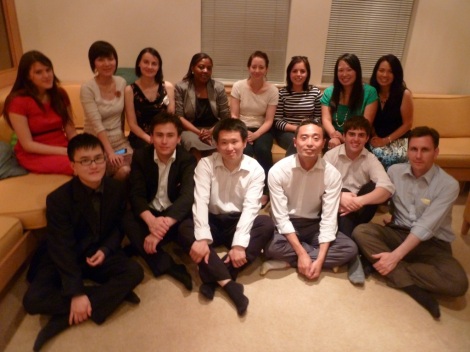 With our new friends from the Mandarin cong

Today, we were up early again to take a train to Newbury, a small town in West Berkshire, west of London. Why were we there? Well, to tell the truth, I’m quite a bit of a Downton Abbey fan. And I’ve turned my dad into a Downton Abbey fan. So we HAD to go to the home of Downton Abbey, also known as Highclere Castle, where the series is primarily filmed.

Literally, from the moment we stepped on the property, we felt as if we had been transported to the fictional home of the Earl of Grantham. The theme song played through my head as I approached the big house. Unfortunately, we were not greeted by Mr. Carson, and unfortunately no photos were allowed inside the house, but the beautiful estate gardens provided many photo opportunities. What an exciting experience for us Downton Abbey fans! 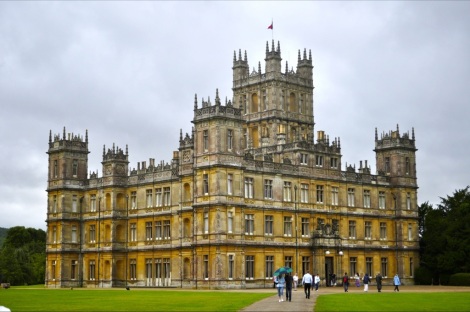 Walking up to Highclere Castle. All we need to see is the wagging tail of golden labrador (watch the opening credits of Downton Abbey if you don’t know what I mean)

Entrance to the Monk’s Garden

Flowers inside the Secret Garden

“Temple” on the grounds

Plenty of cute sheep nearby making the cutest noises

Walking through wildflowers back up to the Castle 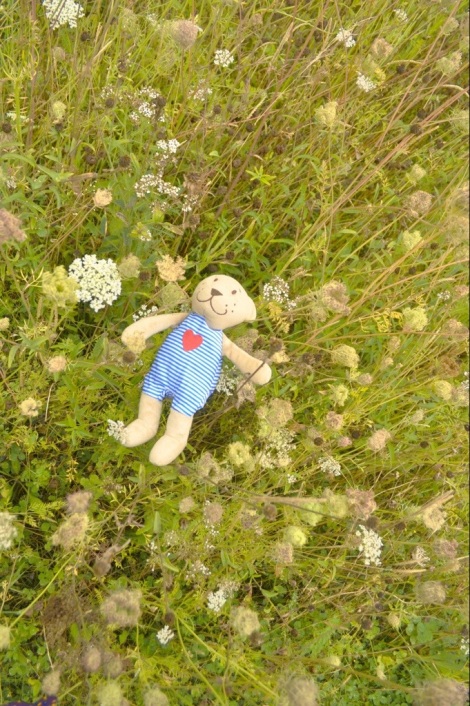 Boo finds bliss among the wildflowers

On the train back to London

Our truly British day continued in London. My dad and I had the afternoon high tea experience at The Chesterfield Hotel in Mayfair. The hotel itself was very posh and elegant, however, the waitstaff was super friendly and down-to-earth. The sandwiches, scones and desserts were both delicious and plentiful – the staff kept encouraging us to take advantage of the “free seconds” (and we did). And to top it off, they gave us a care package to take with us, filled with sweets. What a fitting and filling end to our London experience! 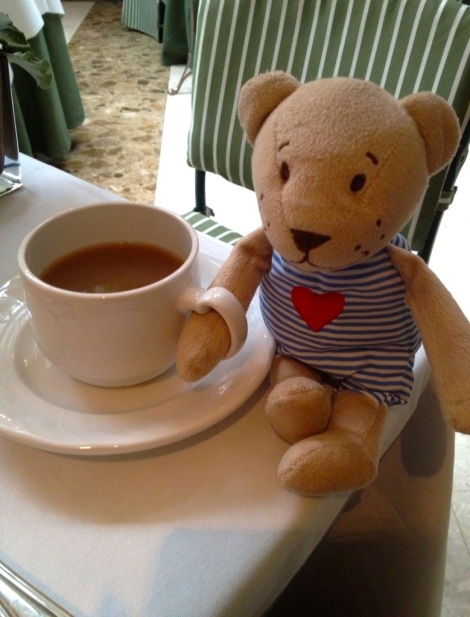 Boo shares in afternoon tea, too! 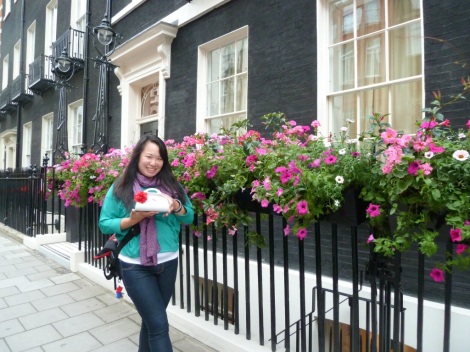