Today, with a good night of sleep behind me, I was able to hit up some of Sevilla’s top sights. So let’s get started…

I guess I should start by giving a special mention to Seville’s Cathedral, which is the world’s largest Gothic building and the 3rd largest church. I could have checked it out, but to be honest, after spending a month in Europe, I’m a bit “churched” out right now. That, plus they were charging a $10 entrance fee and had a long line. No thanks. But here’s a few exterior photos…

Many horses around the touristy areas waiting to take tourists on a ride. It is kinda cool to hear the clop clop’ing of the horses on the pedestrian streets

My next destination was Plaza Espana. My first thought when I saw this structure: Photographer’s Paradise. The plaza is so massive and grand, yet has so many beautifully intricate details. The Plaza was constructed for the Iberian Exposition of 1929 and was built as an apology to the nations who had fallen to the violence of Spanish colonialism. 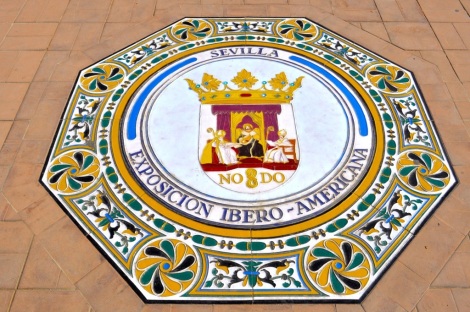 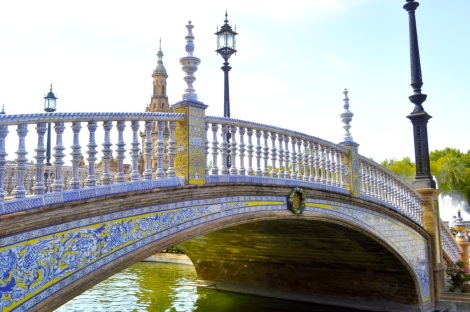 Apparently George Lucas filmed some of Star Wars: Return of the Clones on these bridges 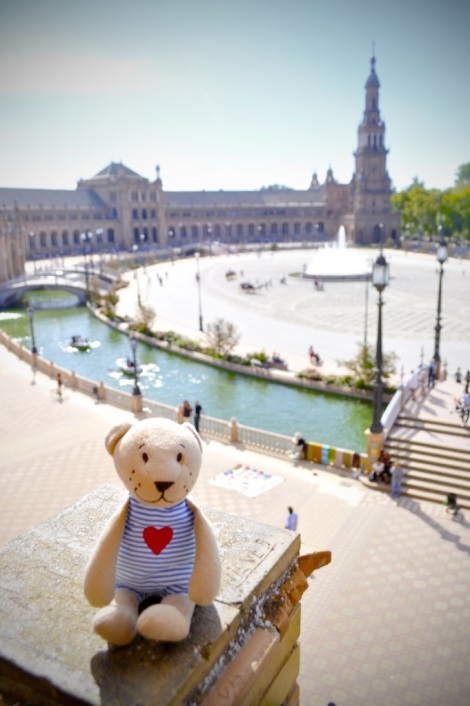 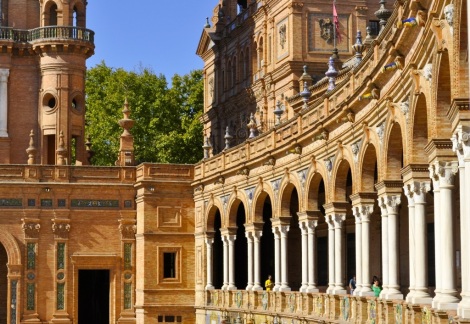 After happily shooting away at the Plaza Espana, I walked over to the Alcazar. The Alcazar was Roman walls turned Moorish fortress turned Spanish palace. It now is the summer home of the Spanish royalty. The result is a combination of Moorish/Roman/European architecture throughout the building. Once again, this was another photographer’s paradise. Although it didn’t have the royal velvet and porcelein rooms of the Palace in Madrid, its Moorish detailing was beautiful. 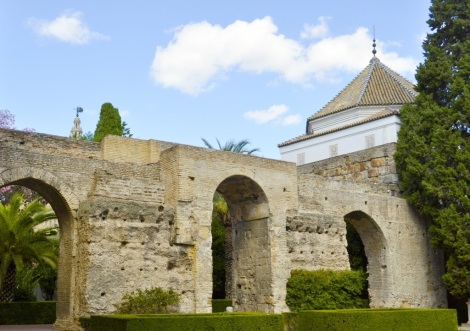 Old Romans walls welcome you to the Alcazar 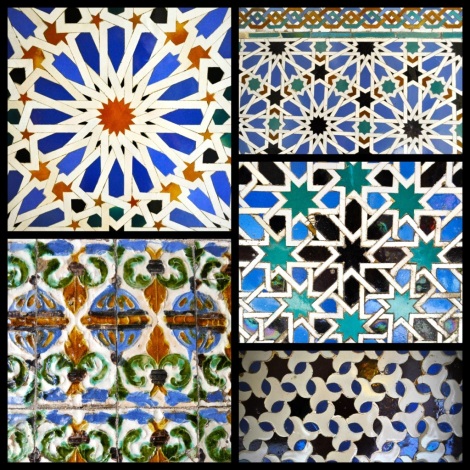 Patio de las Doncellas, or Courtyard of the Maidens 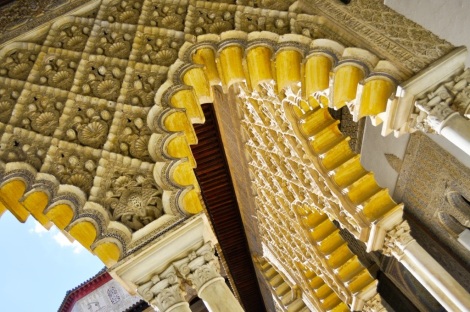 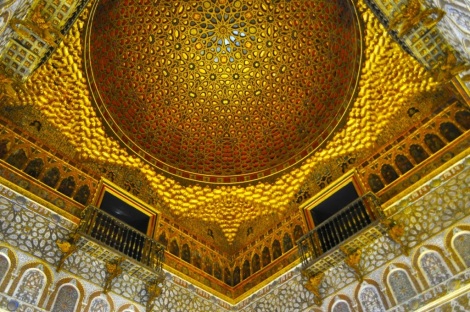 Beautiful dome ceiling in the Hall of the Ambassadors

I think these are oranges growing

The Baths of Lady Maria of Padilla, who just happened to be mistress of a king in the 14th century

A “royal” kitty, just sitting there in the vestibule of the Palace

Oh, and apparently today is some sort of Spanish holiday, because EVERYONE was out in the streets this afternoon, flooding it with tourists and locals alike. Just looking it up now on Wiki, it’s the Fiesta Nacional de Espana, a national holiday, commemorating Columbus’ first arrival in the Americas. I guess some people in the world are still celebrating Columbus Day…