Last weekend, we spent a lovely weekend in Lyon. Our main purpose in traveling to Lyon was to attend the (last) 2 day circuit assembly in the nearby town of Vienne, however we were able to sneak a little time into the city to explore. And we loved it!!!

Our trip started off with a bang. We had booked a budget train ticket (10 euros) from Montpellier to Lyon, but due to technical difficulties, they replaced the budget train with a regular TGV train and…we were able to ride in first class! I was able to luxuriously watch the French countryside fly by from a large beautiful comfortable seat. We then arrived at the funky, reptilian Lyon Saint-Exupery train station…

The luxury didn’t end there, though. We arrived at the rental car agency and learned that we had been upgraded to a Mercedes Benz M class SUV!!! I’ve never been much into luxury cars, but that Mercedes drove beautifully. It was fabulous to drive, hugging the curves on the road. The only pain was driving in the city of Lyon – those narrow streets, small parking spaces, and tiny parking garages were not made for a large luxury SUV! Thankfully, I made it through the weekend without a scratch. 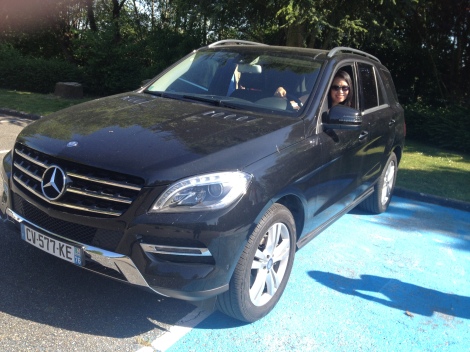 So much fun to drive!

More photos of the city of the beautiful city of Lyon (all photos taken straight out of the camera and unedited): 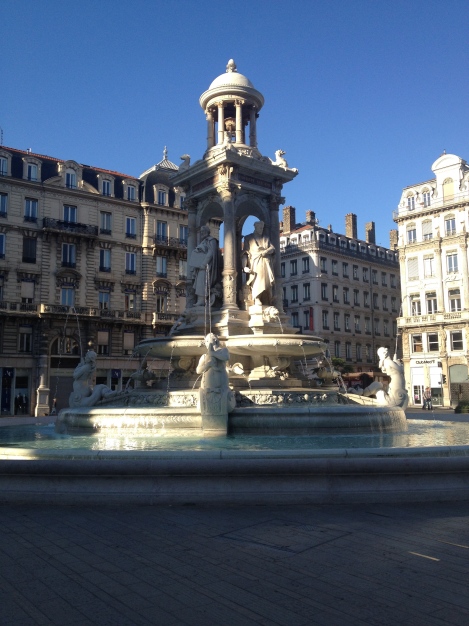 And then… there’s the Lyonnaise cuisine.  The Lyonnaise cuisine is different from that in the south of France in that it’s richer, with more heavy cream sauces.  The Lyonnaise also love to use all parts of the cow – including the brain, intestines, etc, and you can find them quite commonly on the many menus.  For me, no thank you.  But there were lots of other yummy things to eat… 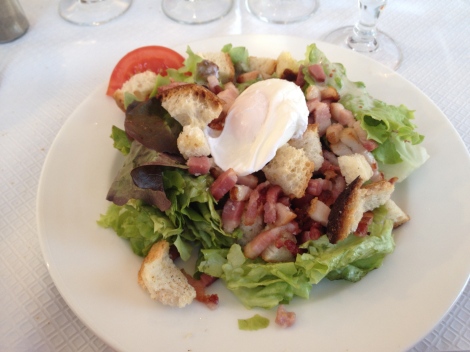 We had such a great time in Lyon, and I can’t wait to visit again so I can explore this beautiful city a little more. But after the circuit assembly, we left to Lyon … to go to Berlin, Germany, where we are right now! To be continued…

2 responses to “A Weekend in Lyon…”

Holding onto the last days of summer while I can…
Sunset falls on Île de Ré…
Summer days always call for a refreshing pick-me-up… 🍦
Île de Ré is known for its sunny beaches, fresh seafood, beautiful villages and … salt. Find out more about how sauniers (or salt cultivators) produce salt out of these marshes in my latest blog post (link in bio)
In love with these arcaded passageways of La Rochelle. They were originally built to let merchants sell their goods in a protected space out of the rain. ☔️
Another beautiful summer in France, just this time all masked up. 😷Find out about the popular summer destination of La Rochelle, also known as one of the French gateways to the Atlantic, on my latest blog post. Link in bio…
Do you ever feel like you’re being watched? 👀
A little-known vacation destination that most non-French visitors don’t know about is the Île d’Oléron, a large island that lies off the French Atlantic coast. What is this island known for? Find out the answer on my latest blog post (link in bio). Here’s a hint: 🍷🦪🏖🚲…
After over a year, it’s nice to be here once again… ✈️