Ahhhh…. Paris.  No matter how many times I’ve been, I’m still drawn in by the lovely architecture and its palpable energy.  One of my first stops always has to be to see my friend, Pierre.  As in Pierre Hermé.  Granted, I’ve never met the guy, but I love his work.  As you may know from my previous blogs, I’ve become quite the macaron maker myself.  So I will rarely buy one unless I know that it will be something different and worth the 2-3 euros that I’m about the shell out.  But I must say, with Pierre Hermé, it is completely worth it… 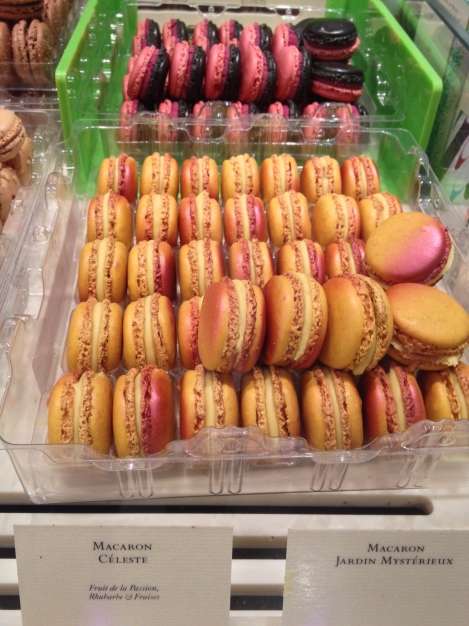 Passionfruit, rhubarb and strawberry ombré macarons in the front. The ones in the back are Pierre’s seasonal mystery flavor (which of course, I had to taste) 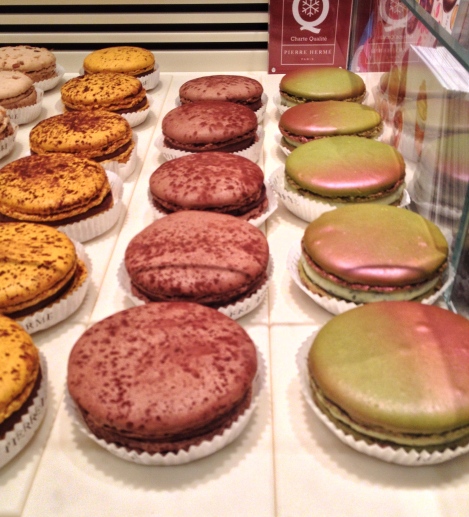 Almost too beautiful to eat. Almost.

We also visited another one of my favorite museums, the Museé d’Orsay.  I love this museum – not only is the impressionist artwork a wonder to behold, but the museum itself is an absolutely beautiful work of art.

Now for the main reason for our trip to Paris.  As some of you know, one of my dreams in life is to attend all 4 tennis majors.  I first started towards this goal when I attended the US Open in 2012 (and then again in 2013).  It was time for me to attend my second open, the French Open.  Though actually, when you say “French Open” to the French, they have no idea what you’re talking about.  To them, they call it “Roland Garros”, named after the venue of the French Open.

Directions to the other 3 major tennis tournaments

I was super excited to go.  The only negative thing – rain was predicted for the entire day.  And the venue is not covered.  So we sat in the stands, watching and begging the threatening clouds to stay away.  Thankfully it stayed pretty dry for most of the day, only raining occasionally.

Here is our day in photos… 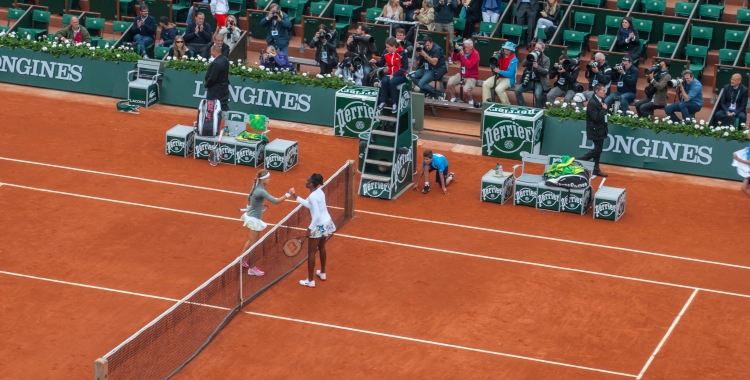 Venus played well initially, but couldn’t maintain her endurance to win the match. But in true tennis fashion, she remained classy even in defeat. Her sister, Serena, also lost at the same time in the neighboring stadium.

Our second match of the day was Novak Djokovic (my favorite tennis player!!!) vs. Frenchman Chardy.  I love seeing Djokovic play on TV, but to see him play live was even better.  His speed and power were quite a sight to behold.

Novak Djokovic. Another thing to love about the guy is that he represents and wears one of my favorite clothing brands, UNIQLO.

Djokovic at the Net

The Frenchman Chardy had the hometown advantage, but he was still no match for Djokovic.

Changing of the Ballkids during a changeover break

Djokovic wins, thankfully before the rain starts getting too heavy.

The show courts are great for catching the highest ranked and big name players.  However, during the early rounds of an Open, it’s also fun to visit some of the smaller courts.  There’s no assigned seating, so you can sit very close (in our case, in the 2nd row).  In this case, we were able to catch a few games of John Isner, who at 6’10” is one of the tallest players I’ve ever seen. 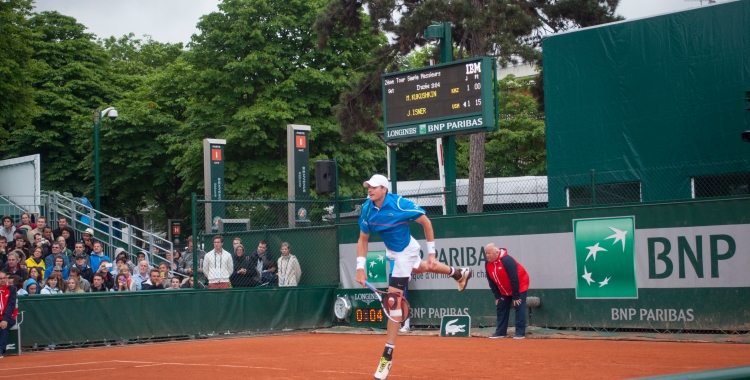 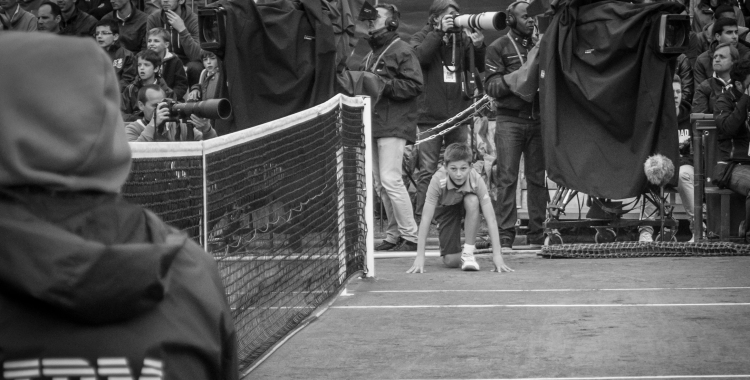 Ball Boy at the Ready

Our last game of the day (before we froze to death – it was COLD!!!) was Maria Sharapova vs. Bulgarian Pironkova.  I think Sharapova wasn’t fond of the cold either, because she really looked miserable at the beginning of the match.  But midway through, she came out of her funk to dominate and win.  She later ended up winning the entire tournament.

So here are my thoughts on the French Open vs. the US Open.  I loved the red clay courts, which were so different from the blue or green courts that I’m used to seeing.  The show courts are smaller which means that, even in the largest show courts, you’re still guaranteed a great view.  The things I didn’t like about the French Open?  The smoking.  Ughhhh…  Thankfully, they don’t allow smoking in the stadiums, but once you step outside on the grounds, that disgusting prevalent smell of tobacco is everywhere.  Also, the overall grounds of Roland Garros is much smaller than the US Open, which means much more crowds and a more claustrophobic atmosphere.  Crowds + Smoke is a horrible combination.  But overall, it was a fun experience, one that I would do again.  I would just make sure to bring a jacket next time.

There was one last stop before we returned home.  One of my favorite photographers (and the inspiration for the street photography that I sometimes do) is Henri Cartier-Bresson.  I found out that there was an exhibition on his works at the Centre Georges Pompidou.  We made the mistake of going there on a holiday (here in France. almost every other day is a holiday – arghh!), and we waited almost 2 hours to get in.  But it was worth it.  The Centre Pompidou itself is a fascinating futuristic glass building with beautiful views of Paris. 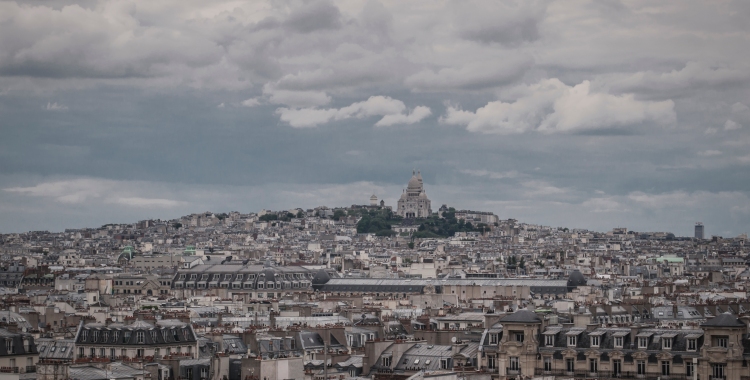 Looking out towards the Montmartre and the Basilique du Sacre Coeur

The Escalators of the Centre Georges Pompidou

A Bientôt Paris!  See you again in 2 weeks!